Written for Sunday Photo Fiction. Every week on a Sunday, a new photo is used as a prompt for Flash Fiction challenge using around 200 words based on that image. My story follows the photo below. For other stories just click on the blue little fellow at the bottom of this post. 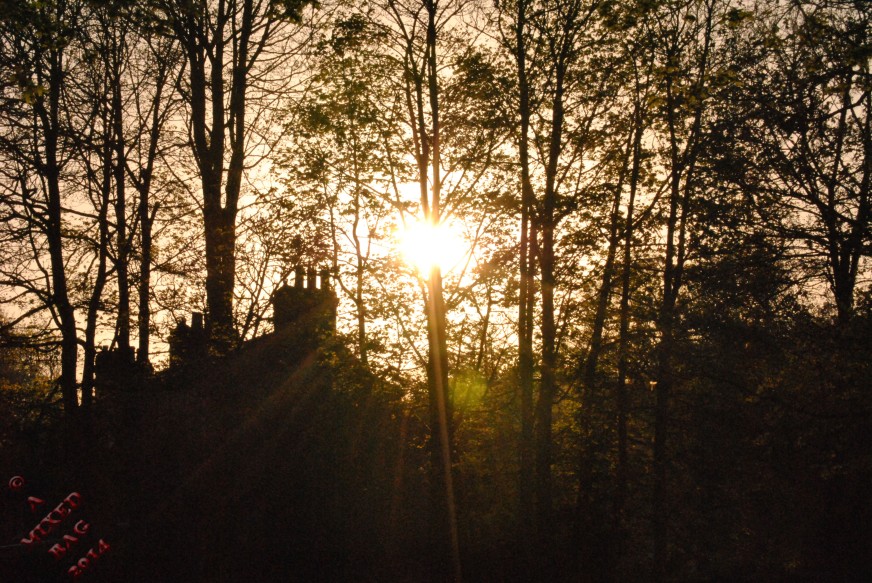 A howl, the hills, an empty chair in the window casting its early morning shadow filled his senses as he awakened blanketed by the cold fall leaves. Under his body he could feel the frozen earth. He felt a warm feeling in his chest.  Dirt dropped into his eye sockets.  His lips felt like dried worms. He noticed his feet were bare, tied together and caked with wet clay. His arms were folded across his chest and were cupping  a warm beating object. At his feet lay a large bloody knife.

He looked to his left and saw a pistol in the hands of his lover. She still had on the new shoes he had given her for the party.  The women had a bloody hole in her chest. He noticed that she too held an object to what remained of her chest. He realized it was his crown. The crown he himself had murdered for.

He heard the voices above him as he slipped  into death. The voice of her husband. “She served her country  well. Grab the crown. What was  his is  now  mine.”

5 thoughts on “Grab The Crown”