Written for Sunday Photo Fiction. My story begins after the picture. For more stories from gifted writers click on the little blue froggie. 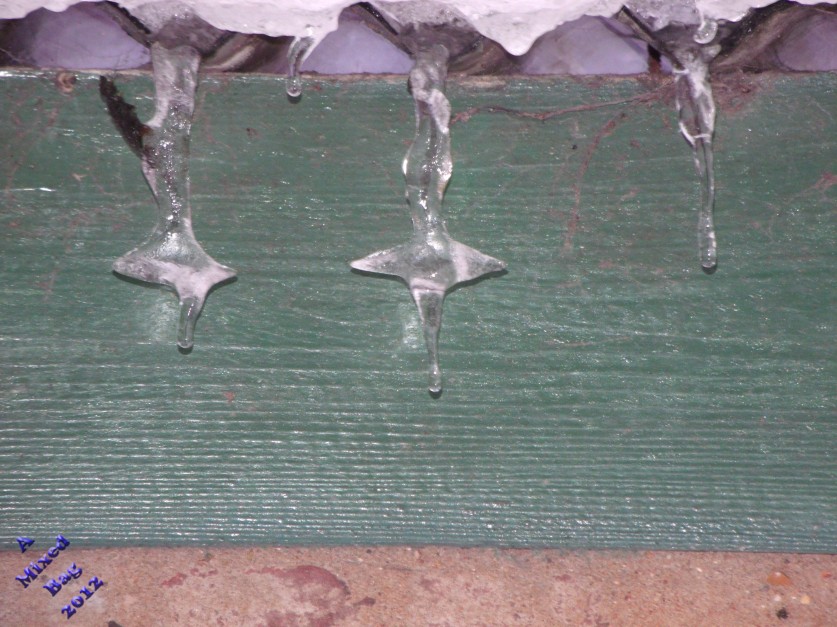 George tapped his cane on the table hard. This indicated to the attendant that he was finished with his breakfast.

Percy knew the drill. He wheeled George to the same window after breakfast every day. He would be back in two hours to take George back to his room for his mid morning  nap.

George was well aware it was winter by the icicles on the window frame. The thought crossed his mind that this may be the  last  winter  he would experience. “When the icicles melt away it will be time for me to pass away also,” he said out loud.

He relived the memory that brought him to his place just about every day. Since he lived alone after his wife’s death and was 86 years old the pulling  back of his living room curtains  signified he  was alright. The curtains remained closed that fateful morning. He had fallen off the toilet and hit his head on the nearby tub. He would have been on the floor for who knows how long  had he not made arrangements with his neighbor across the street.

Percy returned and turning George around  said, “Looks like them icicles beginning  to thaw Mr. George.”

George slumped in his chair mumbled, “Yes Percy they are indeed.”