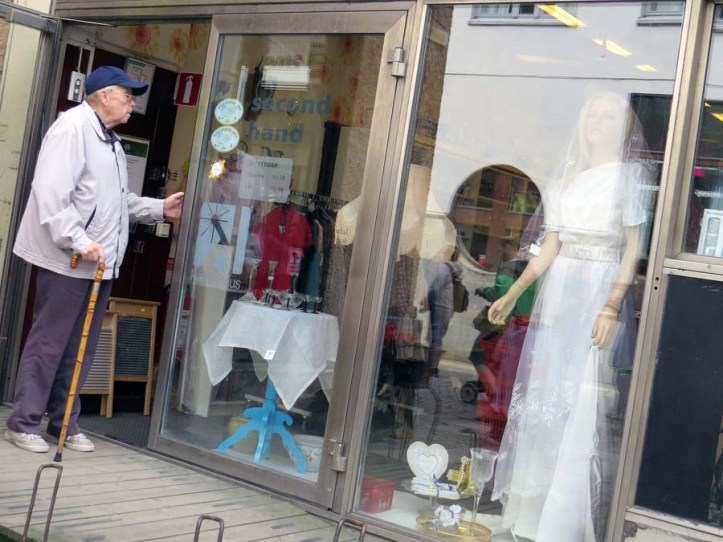 He knew he had the correct shop. It was where she purchased her wedding dress many years ago. He had returned from the war with shrapnel in his leg. She said the damaged leg didn’t bother her and so they were married.  She was lovely on that day. Her face radiated with a glow so intense he was afraid to touch her. And almost every anniversary they would have tea at the little place across the street.

It had been a few years since they had celebrated an anniversary. He could not remember the last time.

Visitors From Around The Worl