This story is written for Friday Fictioneers. The challenge is to write a complete story with a beginning, middle and end in 100 words or less using the picture prompt below. My story follows the picture prompt.

His mind wandered in and out of the real world. His twenty eight years working on Amtrak trains occupied his decaying mind at the moment. He had a nightmare that would not go away.

He had to throw a switch.

The switch that would allow his train to enter the siding and allow the Amtrak California Zephyr to pass on the main line on its way to its final destination in Emeryville. He didn’t realize how much the heavy snow would slow him down.

The headline in the San Francisco Examiner read: “Brakeman only survivor in Amtrak train disaster.” 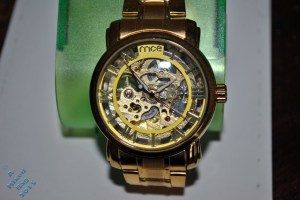 The City of New Orleans  left Chicago at exactly 8:05 pm.

It was George’s job as the Conductor to make sure that this little village on wheels was kept on track. This was his last run after twenty three years on the railroad.

He was well aware that it was his responsibility that his passengers would enjoy their next nineteen hours on board his train.

By the time they arrived in Effingham most of his passengers would be in bed or getting ready for a good nights sleep. Most would awaken when the train pulled into Memphis at five twenty eight am. And George and his crew would be preparing breakfast for the early risers.

Who could blame his for breaking out singing “Good Morning America, How are You.”

Then it would be a smooth ride, they had just installed new rails, to New Orleans. The end of twenty three years for George.