Every week on a Sunday, a new photo is used as a prompt for the Sunday Photo Fiction challenge using around 200 words based on the photo given below. 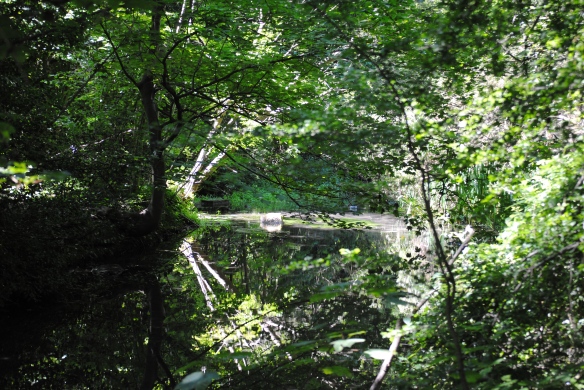 His sister never could handle the responsibilities of having children. Her mood swings were just considered having the “baby blues” after Harry her first child was born. Having twins just 10 months later seemed to her the ultimate curse.  On his last visit she confided to him that she was having trouble with Ted her husband of just two years. The twins were born just three months ago today. She confessed to him, which was strange in itself as she rarely did so, the trouble she was having sleeping and the crying spells that just would not leave her. He considered her always a sad person but when  he saw her the last time he could almost feel her depression. Yet she claimed to love the kids.

She told her neighbor that she was going to the local grocery store and would be back in an hour. Four hours later her car with the children inside was found overturned in a little lake about three miles from her home. Sitting here today he thought that this scene must have been the last one she saw as the car swerved off the highway and headed straight for that little lake.

5 thoughts on “The Lake”

My Tweets
Join 1,053 other followers